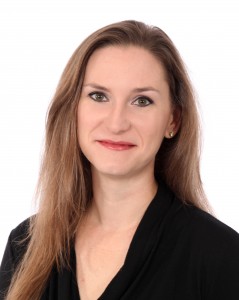 The most exciting thing I have ever done was to open Gulf Coast Dancenter.  I am so thrilled to have the opportunity to share my love and passion for dance with the next generation of dancers.

I have been dancing for 32 years, and have trained and performed with some of the most elite in the world of dance.  I started my dance training at Cameron’s Dancenter in Gainesville, Florida.  I was invited to join the resident Danscompany of Gainesville at the age of ten.  While part of the company, I performed in the full length ballet Cinderella.  I have performed the roles of Cinderella, Fall Fairy, and Winter Fairy.  In addition, I have performed in the Danscompany’s version of Cats, The Wiz, and their yearly galas.

In combination with my yearly training, I have also attended many summer dance programs which have included: The Rock School (Pennsylvania Ballet), Atlanta Ballet, Columbia City Ballet, etc.  At these programs, I got to take classes from the greats in ballet:  Gelsey Kirkland, Patricia Miller, Edward Villella, William Starrett, and Karena Brock just to name a few.

As a young adult, I trained with the Orlando Ballet.  I performed with the company for two years performing in Nutcracker and Carmen under the directorship of Fernado Bujones and Peter Stark (Boston Ballet 2 and formally Patel Conservatory).

Throughout the years of dancing as an adult, I have continued to further my education by taking Master Classes from: Mia Micheals (So You Think You Can Dance), David Howard, Finis Jhung, Mandy Moore (SYTYCD), Ray Leeper (Tony awarded choreographer), Frank Hatchett (Father of Jazz), Sheila Barker, etc.  In addition to the many master classes, I have also gotten certified by Florida Dance Masters in Ballet and Jazz and I continue to remain an active member of this organization.  In 2017 I also received my certification in Progressing Ballet Technique (PBT), a conditioning and training format created specifically to strengthen dancers and to create proper muscle memory in the body.  I am a firm believer that as an instructor I should always be learning what’s new and exciting in the dance world so that I may bring this back to the studio to share with the students.  I do this by attending conventions and classes throughout the year.  I also hold a Bachelor of Science degree in Pre-Vet and Wildlife Ecology and Conservation from the University of Florida.

My goal for Gulf Coast Dancenter is to provide excellent training in dance, a loving and nurturing atmosphere, and to become the home away from home destination. 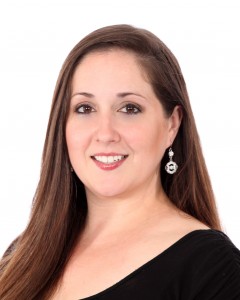 Nicole began her dance training when she was 3 years old.  She trained at the Academy of Ballet Florida under the direction of Donna Morgan and Marie Hale and Palm Beach Ballet Center under the direction of Joan Miller.   Nicole attended the University of North Carolina School of the Arts for her first year of college.  At UNCSA, Nicole trained under Melissa Hayden, Fanchon Cordell, and Christine Spizzo, to name a few.

She began her professional career with Orlando Ballet and then went on to dance with Ballet Florida.  Nicole was also a guest artist for Palm Beach Ballet Center for multiple performances.  Her repertoire includes, Aurora in Sleeping Beauty, Snow White in Snow White and the Seven Dwarfs, Helena in Midsummer Night’s Dream, the Nutcracker, Giselle, and Les Sylphides.  Nicole has been teaching ballet and coaching dancers on and off for the last 12 years.  Nicole received her B.S. from the University of Florida majoring in Health Science.  While studying at UF, she taught, choreographed, and performed with Floridance, a student run dance company at UF.  She has obtained her M.A. in Clinical Psychology and is currently working on her doctoral degree in Clinical Psychology from the Florida School of Professional Psychology.

In 2011, Amy received a scholarship to attend the Dance in Paris Program with USFdance. She spent the month studying Modern, Ballet, and Choreography at Micadanses in Paris, France. She performed “Une Chambre ave vue” choreographed by Stephanie Batten Bland. She also performed “Drift,” which included a self choreographed solo, a duet in collaboration with Amelia Son, and group piece with guidance from Michael Foley and Ottowan Nyoung.

Amy is passionate about teaching and is currently teaching Jazz, Contemporary and Tumbling at Gulf Coast Dancenter in Clearwater, FL. She believes in giving back to her community and inspiring today’s youth. She one day hopes to own her own Performing Arts studio with a focus in Dance. 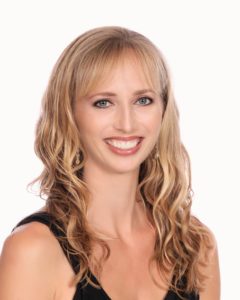 Heidi Strohl Romero, a native of Winston-Salem, NC, is a graduate of the North Carolina School of the Arts, where she trained for nine years. She also studied at many intensive summer sessions, including Pacific Northwest Ballet, Joffery Ballet, Central Pennsylvania Youth Ballet, Pittsburgh Ballet Theatre, and the Hungarian Ballet Academy in Budapest, Hungary.

In 2002, she performed as the Queen of Hearts in Alice in Wonderland at the Edinburgh Fringe Festival in Scotland. Other favorite roles include Lucy in Dracula, Odette in Swan Lake, Aurora in Sleeping Beauty, and the principal role in Paquita.

Lyla Menkhaus came into this world as an artist.  Born in Buffalo, NY, Lyla has been dancing and performing since the age of three. Lyla has had the opportunity to  participate in a variety of shows in the Western, NY area.  Her musical theater performances include Copacabana, The King and I and Pippin.  Lyla has also had rolls in ballets such as Baba Yaga, Giselle, and The Nutcracker.  She has participated in internships with Shakespeare in Delaware Park and the Irish  Classical Theater Company. She was also a member of the 2000 US Tap Team under the direction of Matthew Clark and competed in Riesa, Germany at the World Tap Championships.

In addition to performing, Lyla has a passion for teaching, and has been assisting and teaching at studios and schools around Western NY since the age of 11.  Since relocating to Florida in 2011, Lyla has been teaching and choreographing in the Clearwater area.  In the last year alone, she has produced over 20 shows for performers in the community.  Most recently she created a Flash Mob for the Opening Ceremonies for the Clearwater Little League, and choreographed several numbers for X-Factor finalist and Broadway Performer Stacey Francis.  She is currently the Performing Arts Director at Delphi Academy of Florida.  This is Lyla’s third season with Tapped In.

Breanne is proficient in ballet, pointe, jazz, contemporary, and tap.  She has taken many master classes over the years including ballet and partnering with the Sarasota Ballet, Herman Ramos, and Christina Cichra to name a few.